FERAL SPECTRUM: Moonraider and Spectrum DJs at The Trades Club

Hello. We’ve not been using the blog much this year, but there’s something big and new happening at Feral Vector 2018: A club night, named Feral Spectrum, on Friday the 1st of June. It’ll be in The Trades Club, which is famous far beyond Calderdale. Money from the door will be going to the Hebden Bridge Arts Festival, entry with a Feral Vector wristband will be just £2 (£5 without). Spectrum have been running for years in Hebden Bridge. You can read more directly from them below, but here’s the short of it: 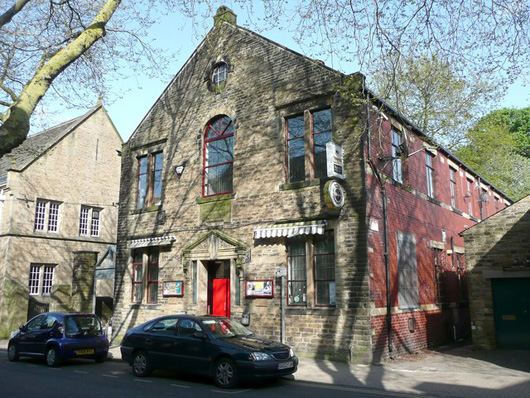 “Moonraider started his production career on RHAM! records releasing one of the most influential warehouse rave tunes of that era (Labyrinthe by Demonik, Psyche by Doggy) and then producing one of the tunes that laid the foundations for Jungle (Dilinger Cokane in my brain Raggarave mix). Since then he has continued to record and playe live under a number of names and is currently releasing records and touring with Wolfgang Flur of Kraftwerk.

“This promises to be a remarkable night in a legendary venue. You are very very welcome to channel your inner b-girls, goths, neuromantics, c86-ers and sports casual but don’t have to.

“Entry is just £2 with a Feral Vector wristband and £5 for any guests you might want to bring. The evening is a fundraiser for Hebden Bridge Arts Festival, a genuinely inclusive community. All ticket money will go direct to the festival.”