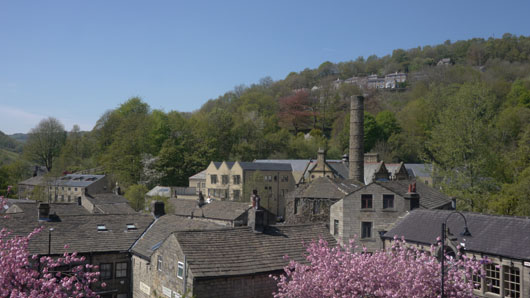 How do we do Feral Vector online? The answer is, we mostly can’t. So much of FV is about being outside, making things with your hands, and not staring at screens. Events are so often there and gone, too. This is an opportunity to do something different. So instead of packing a load of things into a few very stressful days of event delivery, we’re going to do some things on- and offline, slowly and occasionally, over the entire summer. Everything will be free and open to everyone.

Among other things, we’re going to be cleaning up the FV media archive and finally getting it online.

We have a few ideas we’re working on right now, and a few people have already approached us with more. Today we’re opening a call for proposals for things for people to do both online and at home. Email cfp [at] feral-vector [dot] com and Feral Sett will see it.

It will be open until the end of June. We might say no to some things, we might put some on the backburner for the future, but we’ll get back to everyone. Anything you propose, online or off, has to follow social distancing rules and Feral Vector’s code of conduct (here). And please, be kind to yourself, don’t propose or take on some mega-stressful project on behalf of FV.

Later this summer, we’d also like to run a small crowdfunder. It will mainly be to pay some freelancers to do a few things, including editing the giant heap of wrestling footage from last year. We realise many people are in difficult financial situations this year, so the rewards will not be one-offs and you won’t have to worry about missing out.

Summary: We’re cancelling Feral Vector 2020, and thinking about ways to bring the festival online this year.

The global pandemic has had widespread effects on future planning. After looking at government plans and advice, talking to our venues, and weighing up whether we could organise an event we’d be happy with whilst being able to do it safely, we have decided to cancel Feral Vector 2020.

Hostel ticket holders will all receive a separate email about refund and deferral options.

We’re deeply sorry to those of you who have already booked transport and accommodation. We can only hope this hasn’t caused too much disruption and cost.

We are also saddened and sorry we won’t be able to hold the event this year. We hope you can appreciate our position, and our reasons for cancelling.

In place of the physical event, we are looking to hold a virtual version of it online. We are still formulating ideas for what this will be. We are also looking at what it would take to publish previous years’ talks. If you have ideas or suggestions, we’ll be opening up our submission system soon. We are aiming to hold this online event around the original dates of May 21st – 23rd, and we’ll endeavour to keep you posted about via email and Twitter: @feralvector

We hope you all have a safe and comfortable time at home.

There has been a lot of concern about the effects of the COVID-19 flu outbreak on UK events, and we want to update you with our current plans and what it could mean for Feral Vector in May.

We have been keeping an eye on other events, and monitoring UK Government advice. At the current time there isn’t enough information or certainty to say whether or not we should postpone Feral Vector, so as things stand, we are still planning to hold Feral Vector on May 21st – 23rd.

However, given the recent developments, we will delay ticket sales until the second week of April. At this time, we’ll review the information available and confirm whether we go ahead with the current Feral Vector dates. We expect there to be much more information available then to let us, and you, make an informed decision.

Should the situation change and force a delay, or cancellation, we will inform everyone at the earliest possible opportunity. In such an event, we will make sure to transfer or refund the hostel tickets that have already been sold. We understand this could also cause complications with travel and accommodation bookings, for which we can only apologise, but we have a duty of care both to ourselves and everyone attending the event.